"The movement goes beyond the transfer of deeds to include respecting Indigenous rights, preserving languages and traditions, and ensuring food sovereignty, housing, and clean air and water. Above all, it is a rallying cry for dismantling white supremacy and the harms of capitalism."

From FIX, November 2020:
"Returning the Land: Four Indigenous leaders share insights
about the growing landback movement
and what it means for the planet."
Last year I read Braiding Sweetgrass: INDIGENOUS WISDOM, SCIENTIFIC KNOWLEDGE AND THE TEACHINGS OF PLANTS  by Robin Wall Kimmerer, and since have been learning about the multiple contemporary realities of Indigenous people in North America, especially reading social histories of those who lived in places I have lived: Massachusetts, California, New York, Virginia, and Pennsylvania.   As Euro-Americans (we) requisitioned land and cut off indigenous use of it, we changed most of the names of cities, land formations and waterways.  We made no attempt to preserve the livelihood, customs, and culture of the displaced and disinherited people.  Indigenous stories reveal not only what we destroyed but what we might have learned from being better neighbors (I know that is an understatement).  Thank God and Earth alike that people from many tribes still exist to tell their stories and to salvage something from re-educated colonialists.  I'm grateful that I know a little more now than I would have known then.  Grateful that I am learning how to listen.
In the article quoted above, the idea and practices of "Landback" are held up to view.  In each case, note that action is underway but there is more to do.  I am impressed by how much of it would help solve the climate crisis we share.  I am not surprised that much of this work involves support for Black Lives Matter and others among BIPOC peoples, how much naturally accepts the many identities a person might have (intersectionality).
In Quaker meeting today, Pamela read aloud a page from A Lenape among the Quakers: The Life of Hannah Freeman by Dawn G. Marsh.  The author revealed Quaker complicity in Indigenous displacement--even sanctioning taking children from their parents for re-education.  As of yet, I cannot put words to how horrible this is/was.  Is it possible that we saved these people from a worst fate?  If only I could believe that.  Meanwhile, I begin to see why learning this and giving back seems so right to me.
Also in Quaker Meeting today, Anschel pointed out that no secular word exists for the action of doing good, no name for the person except "do-gooder" which has negative connotations.*  "Benefactor" seems a patronizing word.  Altruist?  Humanitarian?  Volunteer?  Bleeding Heart?  Good Samaritan?  Helper?  When enough of us show up, we'll learn the word.  Maybe then we'll be neighbors engaged in "neighboring."
#
* His source is "On Doing Good: The Quaker Experiment" by Gerald Jones.
Posted by Susan at 3:34 PM 2 comments:

Reparations, and other ways of working toward Justice, Peace, and Salvation

My Quaker Friends and I are beginning to think reparations, and finding ways to give back.  This does not have to do with guilt, but the fact of owning and earning things because they were taken from Native Americans and African Americans who did not have the same access to owner-ship and earning-ship that I have had.  In other words, quite literally, this is not mine, and if nothing more, it should be at least shared.

For me it's a spiritual quest just to understand.  For example, I've been thinking of giving my house and its land back to the Lenni Lenape who live in this area, but I realize that I invested my money here so I could sell the house and use the money to move in to an "old folks' home."  I've actually been looking at them.  A residence costs the full value of my house up front, and I will have it to pay if I sell my house.  But should I have this option from stolen land?  Are there other ways of growing old and being cared for when a person (me) doesn't have children?  My Mom is still in her house at age 97, but my brother lives nearby.

You get the train of thought.  It's eye-opening to think of how I might/could live differently.  I've been actively contributing to African-American people in need, as well,  because  I can.  I don't have much, but what I have to spare will be better used by others.  I do not think of the money once it is out of my hands.  And few know about this activity of mine.  (Well, any readers here now know, but I think I only have three readers.)

What I discovered today is that everything I learn has a foundation in things I once knew and had forgotten.  Let me use "land-back" as an example.  I enjoyed 40 acres of woodland between the ages of 7 and 15, right outside my Grandmother's house.  I keep returning to trees as friends, and trees populate my poems.  Before I went to Graduate School in California, I was part of the Women's Encampment for a Future of Peace and Justice in Romulus, NY, near Lake Seneca, where we said no to the military industrial complex and nuclear bombs.  After Grad School, I was right back in the same area.  The Cayuga Nation land-claim lawsuit was heating up while I was teaching right there at Wells College in Aurora, NY.  I heard some people I worked with and created theatre with saying that if they were asked to leave their homes, they would sit on their porches with rifles.  I've heard since that the lawsuit was won, then lost.  I don't know where it is now.  Have any of these people asked the Cayuga Nation what it wants?

I am donating money to support Water Watchers trying to stop petroleum pipelines from destroying the crops and water of Indigenous land.  Donating to those who help elders survive through long winters by providing food and healing herbs and protein.  Showing up for Black Lives Matter whenever I can, and continuing to support Black efforts for justice and for healing in the face of prison systems and white body supremacy.  Thinking about how to live, now that I am retired on both pension and social security.  Examining how to help pass legislation that would help all people have homes, food, water, and healthcare.

Thinking about what's next. The life of our planet may be waning, but we'll all have more chance of survival if Indigenous and Black and Brown and women's and children's intelligences are finally in the mix.

There are friends, family, cultures we each know, and then there are those strange to each other.  But as Valerie Kaur says from her source in Sikh wisdom, there is no stranger, only those who do not yet know each other.  The work now is to get close enough to know and unite and move on to Just and Peaceful Days (Beloved community) in the many projects of healing, repairing, reparation-ing--you know--all of it.

Helen Sedgwick is the best teacher I have ever had! After watching this, I know why I didn't finish writing my novel. I'll let the panic subside--after 11 years, why panic? I never finished the first draft!! I've refined the first 160 pages over and over again without knowing the end. I'll slow down to enjoy. If it feels like work and not pleasure, I'll work on something else for a while. Love you, Helen! Thank you for reminding me that we are artists creating art.
Posted by Susan at 11:12 AM No comments:

I want to remember that I changed the focus of this blog today.  It was "Susan, continued . . ." and in many ways it still is.  But I am decentering self, finally.  It is not just a record of me "attempting to capture the words I breathe."  It is listening, taking, giving, growing, and changing.  I hope I will write more and less self-consciously in this new decade.

Yesterday, President Biden brought all troops home from Afghanistan, leaving a mess of military trash and death.  Maybe this exit will cause change.  It will if we dedicate ourselves to full employment in environmental rescue and maintenance.  I hope our military forces and most recent immigrants become climate warriors.  That is the way to full employment. 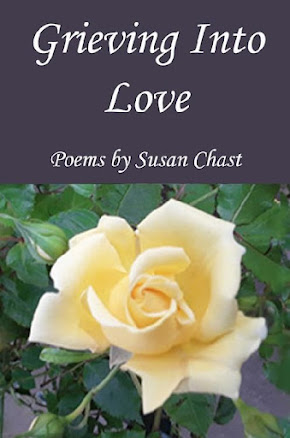 Also available as an E-book.

Blog of the Week at Poets United! 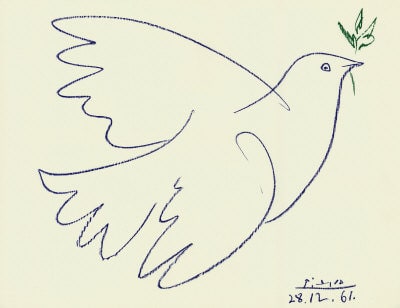 "Susan Chast on Peace" at the archived Poets United, where I was staff until 2019. 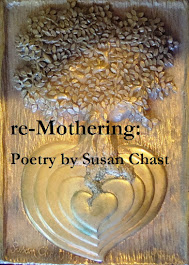 (also available as an e-book)

Susan
I developed my blogs in April 2012. "Susan's Poetry" displays my poems for a few days as I commit to risk taking and boldness, to talking out my thoughts, and to performing as I used to from instinct to instinct. Susan, Continued . . . is a prose site where I occasionally hash things through.

NOTES ON THE ART OF POETRY

I could never have dreamt that there were such goings-on
in the world between the covers of books,
such sandstorms and ice blasts of words,
such staggering peace, such enormous laughter,
such and so many blinding bright lights,
splashing all over the pages
in a million bits and pieces
all of which were words, words, words,
and each of which were alive forever
in its own delight and glory and oddity and light. 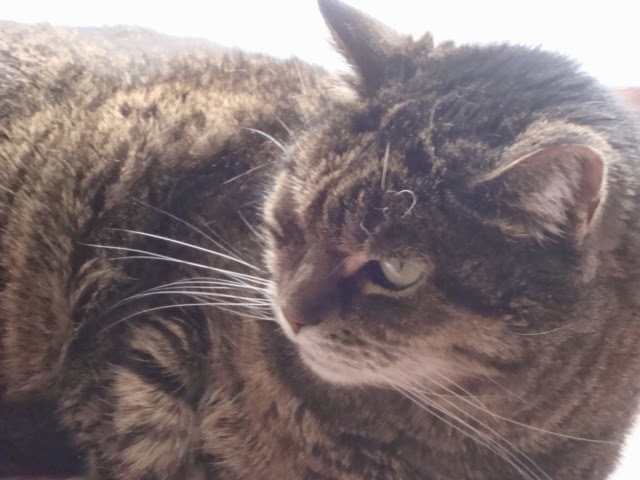